So, what now, brown cow? (If this question seems to be completely out of the blue, this is actually the third and last post in a 3-post series focusing on sports arbitration in the Philippines. The previous two posts can be found here and here.)

Well, simply put, the Philippines needs a centralized body to resolve sports disputes. And, as mentioned in our first post, arbitration should be the dispute resolution mechanism of choice. It’s fast, relatively cheaper compared to courts, and helps declog court dockets. And a centralized body—a Philippine Arbitration of Sports Tribunal (PAST, witty!), if you will—solves the problems of the gaps in the current dispute resolution scheme offered by the PSC and the POC.

But why do we want a centralized body? What good will it do?

First, it’ll end the confusion on where to go if a sports dispute arises. I bet if I ask you now when the PSC or the POC has the power to rule on sports disputes, this’ll be your reply:

Establishing the PAST erases any doubt on what path to take. It’ll be the one-stop shop for resolving sports disputes.

Second, assuming the parties waive confidentiality of the award, published PAST awards will offer a greater transparency in sports dispute resolutions. Inconsistency has and will always be a problem when it comes to different bodies resolving disputes. Having a centralized repository of awards and judgments will help build a sort of jurisprudence on sports disputes that we can all learn from.

This is how the CAS works. It publishes its awards and builds on them in subsequent cases. While past awards are not like high court decisions that set precedent, they do help arbitrators and athletes know what to expect in certain disputes. The result is an emerging lex sportiva or set of guidelines for sports disputes. It makes things predictable and consistent. It also keeps arbitrators honest and accountable. That’s a good thing!

Third, having an independent body resolving the disputes will help smaller sports associations that don’t have their own internal dispute resolution mechanisms or have little or no budget to establish one. If there’s a sports dispute within these associations, they can simply refer it to the PAST.

And for those associations that already have a system in place, the PAST will be the venue for appeal. Who knows, if the PAST existed, the University of the Philippines Pep Squad protest could’ve gone beyond the UAAP and been resolved. Now, we’re left with a UAAP Cheerdance Competition without arguably the best and most popular pep squad in the country. (I mean, look at their routine last year. It’s all heart! Pun intended.)

How do we go about establishing the PAST?

That’s the tricky part. It’ll take a lot of cooperation between all the stakeholders: the government, the POC, the PSC, the NSAs, the other sports associations (think UAAP or NCAA), and the athletes. As you already know, arbitration is strictly contractual. Without an arbitration clause referring the sports dispute to the PAST, it won’t work. Cooperation is needed because all these stakeholders must agree to have a harmonized arbitration clause referring sports disputes to the PAST.

The POC is essential. Remember that the POC’s Constitution states that all disputes arising from its member NSAs must be resolved by the POC, with an available appeal to the CAS. With POC’s cooperation, sports disputes will go to the PAST instead. It’ll have to amend its constitution—and right now, it seems like a longshot with all its leadership issues.

NSAs and other sports associations will likewise have to change their constitutions or membership agreements with their athletes to reflect the referral to the PAST. And that’s completely up to them, because like I mentioned in the first post, arbitration is completely voluntary. But hopefully, these associations see the advantages arbitration promises them and their athletes and get on-board.

I leave the nitty-gritty details for now, but broadly speaking, it should at least have the following:

If a sports dispute arises, then the parties can choose their arbitrators from the roster, similar to how the CAS works.

Second, the PAST should also have its own set of procedural rules. It can pattern its rules on the CAS Code or make its own. Either way, the rules should focus on efficient, speedy, and easy-on-the-pocket resolution of sports disputes.

We can look to our ASEAN neighbor Malaysia for help. It actually has their own sports tribunal in the works. The Malaysia Sports Tribunal promises to be the sports arbitration hub in Southeast Asia. The process of its establishment has been quite impressive, and we have a lot to learn from the MST. For example, the proposed MST makes a distinction between sports disputes between “elite athletes” and “non-elite athletes” in the way of fees for the arbitrators. Arbitrators will be paid for their services for arbitrations involving “elite athletes.” For “non-elite athletes,” the arbitrators serve in a pro bono love-for-the-country capacity. It’s a pattern our own version might want to adopt, as a way to help build the sports arbitration practice in the country.

I’ve been brushing with broad strokes. The details will surely be filled in, but it’s time we get the wheels rolling. The dream is that someday, sports in the courts will be a thing of the past. 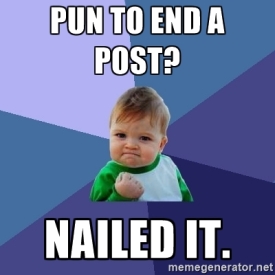 Mickey Ingles is the editor-in-chief of Batas Sportiva. He’s waiting for his certificate in sports arbitration from the Kuala Lumpur Regional Centre for Arbitration.