Hooray! You made it to the second post! (But if you’re joining us just now, no problem! This is the second of a 3-part series on sports arbitration in the Philippines. The first post can be found here.)

This post answers the nagging question: does the Philippines currently have a sports dispute resolution system currently in place?

And I bet after this reading this post, you’ll be all:

But seriously, we need to talk about the two largest sports bodies in the country (and no, I’m not talking about Team Extra Rice): the Philippine Sports Commission (PSC) and the Philippine Olympic Committee (POC). We’ll see that the dispute resolution powers of both bodies are limited and do not encompass other scenarios of sports disputes. If we are to make an all-encompassing venue to settle sports disputes, it is first essential to see what the PSC and POC have to offer.

RA 6487 created the Philippine Sports Commission (PSC) in 1990.[1] The PSC is primarily a policy setting and implementing agency. Its objective is to provide leadership through policy-setting, encouraging participation from the public and private sector, and to supplement appropriations for sports promotion and development. [2] Notably, the PSC’s focus is on amateur sports promotion.

So, what does the PSC do? Well, its charter asks a lot from it. For example, the PSC links up with the different sports associations (both international and local), [3] plans a program for the Philippines to someday host the Olympic Games (anyone want to wager when this’ll be?),[4] and also promotes grassroots sports participation in barangays and school districts.[5] The PSC also disburses cash incentives under RA 10699, which we previously discussed here and here.

With respect to disputes, the PSC exercises “supervisory and visitorial powers over national sports associations (NSAs).”[6] However, these powers are limited to only two instances: those “in connection with their sports promotion and development programs”[7] and “with respect to which financial assistance is extended by the Commission.”[8]

The Implementing Rules and Regulations of the PSC further expound on this power. The PSC can also resolve complaints filed against NSAs before the PSC on “mishandling of financial assistance”,[9] “intra-corporate conflict”,[10] and physical and mental sexual abuse of athletes.[11]

The PSC can also “impose sanctions upon any NSA, institution, association, body, entity, team, athlete and sports official for violation of its policies, rules and regulations.”[13] These sanctions include suspending financial assistance NSAs with on-going intra-corporate bickering[14] and suspending allowances to non-performing athletes.[15]

To summarize, the power of the PSC over disputes is limited to those occurring in NSAs with respect to financial grants and misuse thereof, intra-corporate disputes, and the abuse of athletes.

While the PSC’s main thrust is national development of sports, the POCs has a more limited—albeit important—purpose. True to its name, the main aim of the POC is “to develop and protect the Olympic Movement in the Philippines in accordance with the Olympic Charter.”[16] It also aims to fight doping, discrimination, and violence in sports.[17]

The POC is in charge of the everything and anything regarding our involvement and participation in the Olympic Games.[18] The International Olympic Committee (IOC) recognizes the POC as the sole representative of the Philippines in international sporting events like the Olympics, the Asian Games, and the South East Asian Games. Unlike the PSC, the POC is actually private in character and autonomous from the government.[19] This autonomy is recognized in the enacting law of the PSC.[20]

The POC is composed of members of the IOC in the country, distinguished Filipinos who enable the POC to perform its tasks, athletes who take part in the Olympics, and NSAs, whether included in the Olympic program or not.[21] The POC may also recognize other sports associations, which are not necessarily NSAs.[22] These members make up the POC General Assembly.[23]

In determining membership with the POC, we must remember two points: first, the POC will only recognize one NSA for each sport under an International Federation,[24] and second, membership will only be granted after application by the NSA and approval by at least 2/3 vote of the POC General Assembly.[25] Membership is by no means automatic. 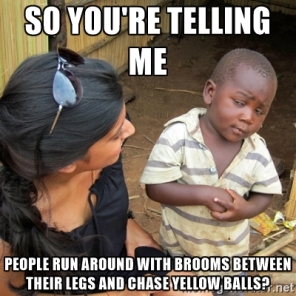 Membership within the POC is essential because of the arbitration powers granted to it by its constitution. The POC, through its Arbitration Committee, is “the final arbitrator of all intra-NSA conflicts and disputes, as well as, cases arising from or in connection with the Olympic Games or any form of doping offense in case the same cannot be settled or resolved with the NSA’s processes and procedures.”[26] The POC’s decisions are “exclusively” appealable to the Court of Arbitration of Sport (which we talked about in our previous post).[27]

In other words, the POC acts as an appellate body to disputes and doping offenses which are not resolved by the internal mechanisms of each member NSA. So if there’s an issue within an NSA which can’t be resolved, it goes up to the POC for resolution. If one of the parties isn’t happy with the POC, then you go to the CAS.

But! Remember that the POC’s arbitral power is limited to its member NSAs. It doesn’t extend to disputes that may arise from other venues, like those occurring in private sporting events, or those arising from breach of sporting contracts. It also doesn’t extend to non-member sports associations. So, disputes arising within the Philippine Autonomous Agawan-Base Sports Association (or PAASA) will have to be settled outside the POC, preferably in a dirt field with two trees at each end. 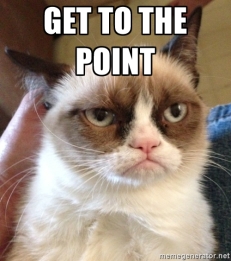 Whoa. You did’t have to get all angry cat on me. Okay, if your head is swimming with all these funky acronyms, then just remember this: the dispute resolution system provided by the PSC and the POC is essentially lacking.

First, it doesn’t cover all possible sports disputes. It doesn’t even cover all sports associations, as only those members of the POC are subject to the powers of the POC. And even if the POC exercises arbitration powers over its member NSAs, there have been cases wherein intra-NSA disputes have still reached the court. Take for example the controversy over the leadership of the NSA BAP-Samahang Basketbol ng Pilipinas which was eventually decided by—yes, you guessed it—the Supreme Court in October 2009.[28]

Second, even if the POC has arbitration powers over its member NSAs, it doesn’t have the power to resolve issues between two competing associations. It doesn’t cover a dispute between the POC itself and a sporting association. Remember the whole brouhaha that led to our suspension from the Southeast Asian Basketball Championships in 2005 and the Asian Games in 2006? That’s the exact situation that the current situation does not address.

The POC may serve as the watchman of intra-NSA disputes, but when the dispute involves the POC itself, the words of author Alan Moore rings true, “who watches the watchmen?”

To further pound on the point, let’s look at NSAs and other sports associations.

There are around fifty NSAs throughout the country.[31] These associations cover mainstream sports like basketball (Samahang Basketbol ng Pilipinas), football (Philippine Football Federation), boxing (Amateur Boxing Association in the Philippines) and athletics (Philippine Amateur Track and Field Association). NSAs also cover sports like archery (National Archery Association of the Philippines) and duckpin bowling (Philippine Duckpin Bowling Council). These NSAs are recognized members of the POC,[32] and are also funded by the PSC when the latter deems them in line with the policy of the state.[33]

NSAs are independent entities and are responsible for the development of their respective sports. As part of their vital role as the main governing and regulating bodies of their respective sports, they organize competitions, recruit athletes for international competitions, and provide assistance to various sectors for development of their sports, among others.[34] As such, they have the power to enact their own methods and procedures for dispute resolution within their own ranks. And as mentioned earlier, if these internal procedures do not settle the disputes, the POC comes in to serve as the final arbiter of the dispute.

Aside from the NSAs and the school-based athletic associations, there are also independent associations that cover alternative sports like ultimate Frisbee (Philippine Ultimate Association) and parkour or free running (Philippine Parkour and FreeRunning Association).

These associations have seen their fair share of sports disputes. One of the more high-profile disputes involved the suspension of De La Salle University in 2006 from the UAAP for fielding ineligible players. Earlier in 2002, a protest by the University of the Philippines over the eligibility of FEU basketball star Arwind Santos also made the headlines.In the NCAA, a protest by Letran against a San Beda player who wore the wrong uniform in a 2010 basketball game was decided in favor of Letran, who were awarded the win via forfeiture.

These associations have their own internal mechanisms to resolve disputes occurring within. For example, in the UAAP, the UAAP Board decides sports disputes; while in the NCAA, it is the NCAA Management Committee which has the final word. But what if these internal mechanisms do not work? Where do the parties go?

The big difference between POC-member NSAs and non-member sporting associations is the mode of “appealing” such decisions. For the former, there is recourse to the arbitral body of the POC, but for the latter, none exists. I asked former UAAP Board Member Ricky Palou a few years back what a school can do if it doesn’t agree with the decision of the Board. He said, “Nothing really but appeal to the board again.”

It seems that the only recourse of schools tendered unfavorable decisions by the Board is to go to court. And like we said in our last post, we don’t want to go to court… (unless of course we have our Air Tsinelas on and talking about a basketball court.)

What We’re Left With…

… is a smattering of dispute resolution mechanisms all over the place. The current structure of sports organizations shows the clear lack of a centralized body in resolving sports disputes. And when the dispute resolution mechanism is in place (such as the POC), it’s not broad enough to cover the whole gamut of sports dispute and sports associations. Neither the PSC nor the POC has the power to rule on “matters of principle relating to sport” or “matters of pecuniary or other interests brought into play in the practice or development of sport”—sports disputes under the CAS Code.

How we can address this will be discussed in next week’s post! (Almost there, guys!)

Mickey Ingles is the editor-in-chief of Batas Sportiva. Someone set him up with a Quidditch game asap.

[18] About POC, available at http://www.olympic.ph/aboutpoc.html

[29] NSAs in the Philippines, available at http://www.olympic.ph/philsnsa.html